A motorbike rented by the north American West 1 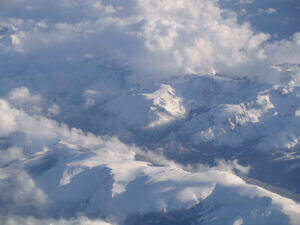 If at the beginning of 2010 I had been asked about my motorcycle trip plans for this year, I would never have said that I was going to travel the American West on a Harley. Not that it had not crossed my mind, but it was one of those eternal earrings.

It all started with Iberia’s offers in mid-January. At home we commented that it had been a while since we made a trip without motorcycles, so we looked at tickets and ended up buying one to spend Holy Week in San Francisco. To make the tourist on foot. But a few days later I started discussing the possibility of traveling a part of Route 66 on a Harley. Total, “positions to rent a car, we better rent a motorbike”. When we wanted to realize, we had already messed up: 13-day rental of a Harley-Davidson Electra Glide. Anyway, we already know that the goat pulls to the mountain, and that motorcycles we like more than a candy to a child.

A couple of years ago he had already rented a Harley Electra Glide in Murcia to travel the region for a couple of days. And the truth is that I liked it. At first, I did not have them all with me as to whether I would enjoy it or not. And although it is a very heavy motorcycle, the truth is that it is allowed to drive very well. You integrate into the landscape and enjoy it. The two times I scratched the platforms and I realized that I had to take it more quietly. Said and done. Good music to accompany the rhythms of the Harley and it was a very pleasant three-day trip.

The plan for this trip starts in San Francisco. From there we will go to see a park of Secuoyas, and then to Yosemite and Death Valley. The stretch of the Valley of Death is one of those that I fancy, although I know we will roast in the sun. But the landscape of lunar desolation and loneliness I think will be worth it. Afterwards, we will cross the Mohave Desert to reach Las Vegas, which will be just one stage to reach Grand Canyon, another key point of the trip. It will be the eastern end of our trip. From there we will go to look for the mythical route 66.

Well, route 66 or what’s left of it. From what I’ve been reading, it seems that from the classic route there are only sections that have to be found among modern highways. But it’s the same. The name itself is very strong and I want to go through those sections with those roadside motels that we have seen so many times in the movies. Bagdad Café, for example. Always to the west. Until returning to the shores of the Pacific Ocean.

Everyone presents Los Angeles as a difficult city. However, I want to get lost in this universe of endless highways. Weird that is one.

Finally, the plan is to go up the coast in a northerly direction (Santa Bárbara, …) to return to San Francisco.

In total, a couple of weeks for a trip of those that must be done sometime in life.