In a forest of highways 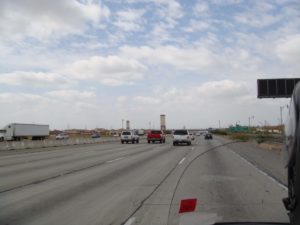 The plan for that Monday was to take advantage of the morning to know something more some parts of Los Angeles, and to leave towards noon in the direction of San Francisco by the coast, Big Sur. At this point of travel we were already beginning to notice the tightness of our impossible travel schedule.

Actually, this is a trip to dedicate a minimum of 20 days although we compress them in 13 intense days. A mistake. Well, more than an error was a starting condition. The trip was planned in reverse of the usual: we started with the plane ticket, and then we decided to use the motorcycle. From there, we select the essential points to visit. Finally, we decided to add the night in Las Vegas and visit Grand Canyon.

In addition, we have to take into account the incidence when arriving in San Francisco with the lost suitcase that practically made us lose another day. In other words, there was no margin to recover any potential delay during the trip. We were a couple of times about to have to stop for the cold, which would have upset the plans. Obviously, it has been a trip to discover the area and travel on the motorcycle in which we could not entertain too much to enjoy any National Park, for example.

Waking up on Monday was pouring rain over the city. It was raining intensely and continuously. It did not look like a passing cloud. But it was early and we did not give it much importance. When we returned from breakfast, we began to worry. It was still raining in a way that did not make sense to go on a motorcycle. At least, I had the new Ipad to spend time discovering it. By entering the zip code, on the Weather Channel forecast heavy rain until 10.37 and then sun. Incredibly, at 10.35 it stopped raining and five minutes later it showed a radiant sun. That’s exact forecasts! The heavy rain did not sit too well with the Harley’s electrical system, which began to fool around with the lights.

The previous afternoon we had taken a tour of Hollywood and had approached the Paseo de las Estrellas. In mitómano plan we look for the best possible picture of the Hollywood poster and then toured the surroundings of the Kodak Theater where the Oscars are delivered. We ate on the terrace of a pizzeria pija in Beverly Hills, and I had a great time watching the cars that people use here: in addition to the classic Hummers and modern sports, passed a lot of classic cars. Good taste.

To finish, we decided to visit some great movie studio in Los Angeles. We devote three or four hours to a tour of the huge studios of Warner Bros. 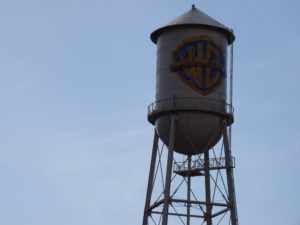 The truth is that they are impressive. They put you up in electric strollers with capacity for a dozen people, and with a guide that looked like something out of a Walt Disney movie (in fact, he spoke like Donald Duck), we set out to discover the insides of Warner Bros.

Outside, they have streets that could be from any American city. Retouch the signs, paint the buildings, change the doors … and we are in another different movie. When you recite the list of movies and series that have been shot in each location, you’re amazed: we’re really easy to fool. In addition to the streets, in the exterior there is also a country house, a lake, a stretch of road, … The site is huge.

Then we go to the workshops. Equally huge, there are workshops of vehicles, carpentry, metalwork, tailoring, … They seem capable of doing almost anything they might need in a shoot. And to get it, the attrezzo warehouses where furniture and decoration crowds of almost anything you can imagine.

Within the enclosure they have several museums. One that I loved in that they have vehicles that have participated in some movies. Most are cars, but there are several motorcycles, among which the Ducati was used in Matrix and Batpod.

Finally, more than 50 recording studios with stable sets for the series and those that are prepared for the movies. In short, authentic taste of cinema. It was already early in the afternoon, and we left directly from the studios towards the north coast. As at the entrance to Los Angeles, we entered the city’s highway network, although this time it was rush hour and the traffic was very intense. Anyway, there was light traffic, all lanes at 65-70 miles per hour.

Suddenly, a bright light on the Harley is lit. The immobilizer key! In the Harley the key is carried in your pocket and the motorcycle detects it by proximity. Moment of panic Imagine the scene: a five-lane highway with heavy traffic and the light of the immobilizer turns on.

The first thing that comes to my mind is: Will I have dropped my key from my pocket? I curse myself: But how can I be so useless to lose the key of the motorcycle on the move? …

Standing on the shoulder of the Los Angeles exit highway. I feel the pockets of the windbreaker and I do not feel the key. I take off my gloves. And in a trouser pocket that is closed by a zipper the key appears. Goodness. Just one day I had kept the key in the correct pocket protected by the zipper.

With the key in my hand I stare at the illuminated light on the immobilizer. Damn electronics! I remember the morning rain and I suppose that the anomalous functioning of the witness is the result of some remaining humidity. But go scare! Imagine for a moment that the key really fell on the highway: no doubt, the end of an anticipated trip.

Just in case, I decide not to stop the engine so as not to restart and continue until the next exit to verify the issue with tranquility. But it is not necessary to stop because in a few miles the witness goes off. Everything is in a morrocotudo scare and a new reflection on the preponderant role that takes the electronics in our motorcycles.

For more than an hour the highway has an intense traffic at sustained speed. One gets used to driving like this: how hard it must be to have to do it every day. As we go through towns, we lose traffic and lanes. When arriving at Ventura, the Pacific Ocean appears in all its splendor next to the highway. There is a feeling of placidity in the sight of the great blue. We are in the middle of the afternoon and the low sun turns the blue and yellow tones magical. 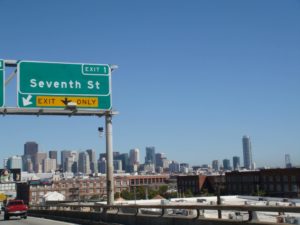 In Carpintería (curious name for a town) we stopped for a walk around the town and the beach. The population seems typically Californian. Ordered, clean, with its slow traffic, low colorful houses and kids with surfboards down the street We did not find hotels so we decided to continue to Santa Barbara.

Santa Bárbara fell in love with us from the first moment. A place of those to stay to live a relaxed, peaceful and orderly life. At the foot of the Pacific Ocean, you can breathe an impressive quality of life. The sunset in front of the ocean was delicious. For dinner, a nice afternoon walk to the port where we eat some huge crabs until well served. The temperature was spring, perfect for a night walk.

As it was the penultimate night of the trip and we were in such a fabulous enclave we decided to make a special gift and took a room with great views of the ocean. 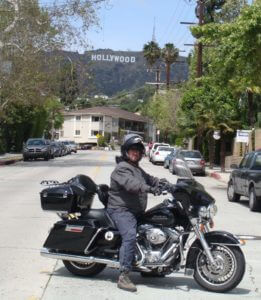