On a motorbike rented by the North American West 3

Going by motorbike from San Francisco 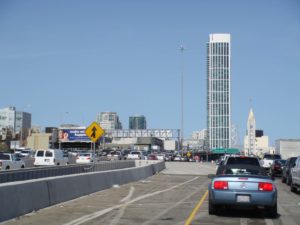 The first kilometers are made through the city. Traveling quietly through the city with the freedom to do it on a motorcycle. We went to see the Golden Gate and discover some neighborhoods further away from the center. The first few times I have to stop and start on the steep streets of the city I was used to it. 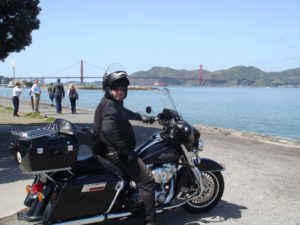 The first surprise was literally going up the highway to leave the city: so this was where all the traffic was. A lot of lanes and intense traffic. We headed towards the Bay Bridge to leave the city across the bay. There are five lanes in each direction, located one above the other. The exit is the one below. The traffic has a constant speed, practically in the allowed limit. Impossible to stand on the bridge to take pictures. 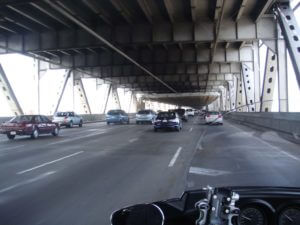 After the bridge, a complicated moment came when we had to hit the numerous crossroads of highways that we are encountering. If we were wrong in any of these crosses, turning around would not be easy. But fortunately, we are going with the right direction. Driving on these constant speed highways and a lot of lanes makes me tense, because I’m not used to it. More than an hour after leaving, we were still at crossroads and more motorway junctions, and always with heavy traffic. The few motorcycles that we are seeing circulate properly through the lanes even in the retentions and within the speed limits. 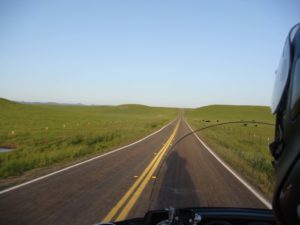 At the first stop, we found a curious Honda Goldwing three-wheeler. I thought about who would want to take that invention. But immediately I had to swallow my words when getting off the bike to person limping ostensibly. We talked for a while with him, who turned out to be a veteran of the Vietnam War (he wore a conspicuous patch on his jacket). The set was curious and picturesque. 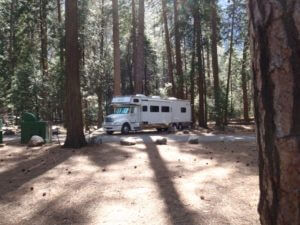 A few kilometers further on, the highways end and a two-way highway begins. And that’s where we got the wrong road when crossing a city. When it seemed easier to follow the right course. Although the orientation to the east was good (the sun that was already setting, never lies) we did not hit the road we were looking for. We are circulating along to secondary road of infinite lines. To the right and left we were seeing the entrance of huge ranches every so often. But there was no one on the road and no reference to cities or kilometers (well, thousands) somewhere. Just follow, follow and continue as the sky began to darken.