Last September, the first Motorcycle Travel Photography Contest organized by PauTravelMoto took place. It was very well received, with 127 photos submitted, of all kinds of trips and motorcycles, among which 3 winners, an extraordinary award and 9 finalist photos were chosen. The awards ceremony took place during the Motoviajes 2017 event at the Ace Café in Barcelona. You can consult the minutes of the resolution of the contest.

Here are the winning and finalist photos, hoping they inspire you for your next trips. 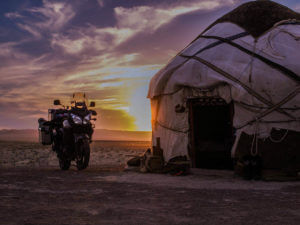 This summer I made the route from Barcelona to Samarkand, crossing such incredible countries as Turkey, Georgia, Azerbaijan, Kazakhstan and Uzbekistan among others. It was during this summer that among the many experiences I had, I was able to camp in the Aral Sea (now desert), share a Yurt with nomads, and go through landscapes that I would never have imagined. If I close my eyes I can still see and smell the landscapes of the Yukon Territory, very close to the Alaska border. Reaching the city of Dawson City, a city that attracted tens of thousands of people in the late 19th century in search of the gold of the Klondike River, after more than 3,000 km of eternal but beautiful roads, has been exciting (7,590 km). 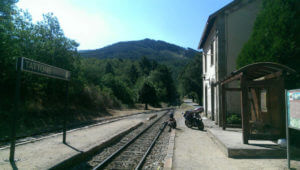 It is an apparently abandoned station in the mountains of Corsica. 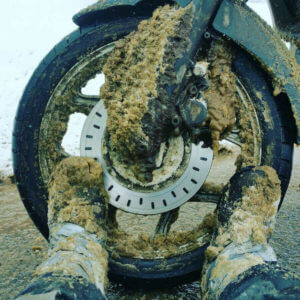 The photo of the wheel and the boots was made in Armenia 37 km from Iran. Paul and I were the first bikers to cross that border in winter.