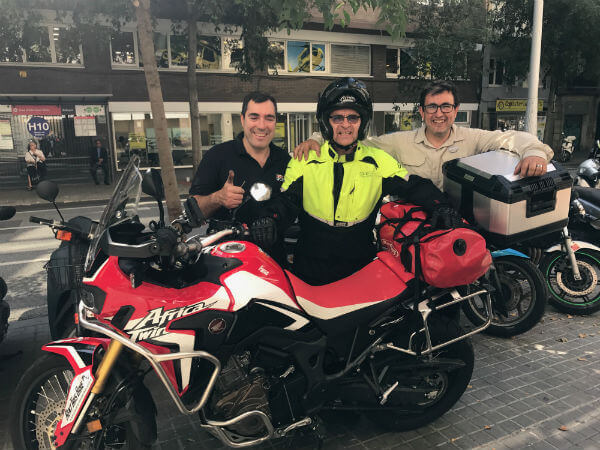 During the last months I have had to explain many times the concept of Pautravelmoto as a motorcycle rental company. In general, everyone thought it was a good idea at first, but when they followed the conversation in a short time, the same question almost always appeared: “but will not people rent the bike to make the animal and break it?” In fact, the most reticent the idea of ​​rent seemed very unwise and only imagined viable guided tours, because you can control the bike.

For years I have rented motorcycles to travel. In Sicily I rented a TransAlp. In Turkish Cappadocia I rented a small 250cc, just like in Thailand. The longest rental was in San Francisco, where I rented a Harley Davidson Ultra Glyde to take a two-week trip to the American West. In all cases, I have taken care of the bikes better than if they were mine and I have returned them always impeccable.

I know that I am not a weirdo (at least in this). I know a few friends who have rented bikes several times and they have also explained to me that they are impeccable. To broaden the sample analyzed, I have also talked with other travel motorcycle rental companies to ask about the issue, and the response has been similar. In general, the person who rents a motorcycle travels it back carefully. There are isolated exceptions, but it is already known that they only serve to confirm the rule.

It is a matter of mutual trust. Someone who loves motorcycles is renting a motorbike for travel so you can make your dream trip come true. In fact, it seems logical to establish mutual trust that makes it possible to rent motorcycles for travel.

In short, if we have set up Pautravelmoto it is because we trust the traveling community on a motorcycle. We all love motorcycles.